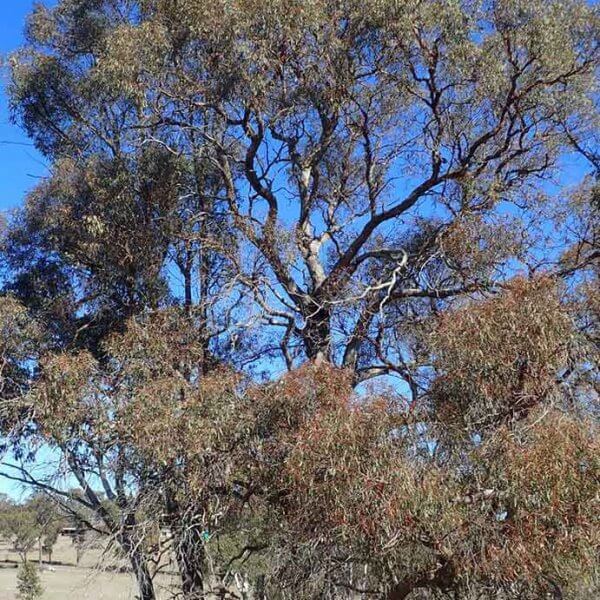 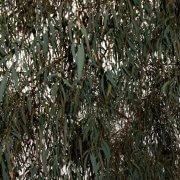 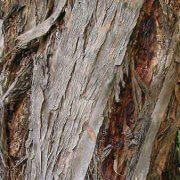 This evergreen grows in the region of 15 metres tall, producing an oval shaped canopy. Throughout the New England tablelands (North-East NSW) is where this Eucalyptus species is normally found. It typically grows in a dry and shallow areas, where the soil isn’t particularly fertile.

There are long and narrow leaves, normally found around 10 cm long and 1 cm wide, in a dull grey-green colour. White flowers are found around March typically.

The bark is thick, rough, fibrous and grey/brown in colour. On the trunk, it can be found in coarse fissures while the outer branches tend to have a smoother bark that is shed in a ribbon-style.

Where the tree meets the soil, it creates a swelling to help protect the roots against forms of abuse, such as fire. This is also called a lignotuber.

Eucalyptus nicholii was named after Richard Nichol, who worked at the Sydney Botanic Gardens, around the turn of the 20th century.

The narrow-leaves black peppermint can also be called the willow peppermint.